The Internet is Terrible.

The Internet is terrible.  Yet I still pay for it with both time and money.  I am paid by the Internet.  As evil as the machine is, I still enjoy giving it money.

Now I wait to end it.  Much like I've done countless times prior.  This time, it's different.  The trigger has been pulled and the release?  Professional.

My dismay for the Internet is not entirely warranted.  It has provided ample opportunity to see wonderful things.  I've been able to watch sports that would otherwise not have been viewed.  Aged Magicians.  Old ladies destroying countries.

The maestro himself.  The way he works his craft should be how humans should critically think.  Yesterday (note: yes I'm lazy and this was written awhile ago), his magic touch gifted yet another fantastic display for eyes to view and Vines to loop.  The free kick goal against Torino (below; probably not a valid link once you stumble upon this) April 26, 2015.

However, this is not about Andrea or Juve.  In fact, Torino won 2-1 in the latest Derby di Torino.  Sometimes, the little guy knicks the bigger guy.  Not to be confused with David and Goliath.  Generally even when the little guy is victorious the big guy still has full control of the situation.  But today, I am going to be victorious against the Internet.

I am cancelling my Internet provider. 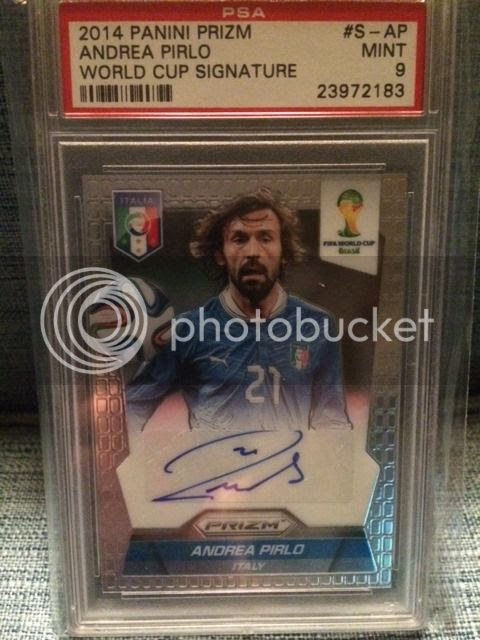 The Internet has won, again.  To fully cancel the service it takes more than a phone call.  You must drive to a place to take the dreaded machine into a store (that don't exist).  No checklist exists for this equipment.  Yes you can cancel, but you forgot one plug.  Your bill is $150 more.  Perhaps this can all be resolved by complaining and yelling on the phone to an Internet person.  I still can't yell at an Internet Person, they are still real.  Once the robots take over I will unleash hell.  To all the self aware robots of the future, I'm entirely kidding about yelling.  You are wonderful.
Posted by Andrew at 11:43 PM

I am looking for 3 particular cards from WOTC football champions: do you happen to have them?